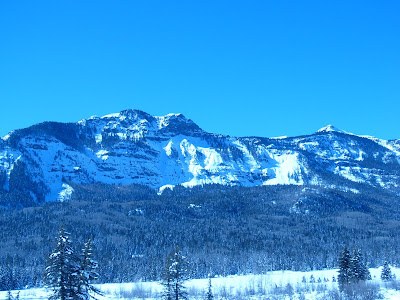 I'm finally back home from my lovely vacation up in Wolf Creek, Colorado. It was to get away for several days and just enjoy the snow and snowboarding. I didn't do much studying up there but I still continued to check my Chess.com accounts several times a day. I did, however, do around 100+ problems in CT-ART yesterday as a consequence of me not keeping up with them on vacation. I finished Problems with Level Difficulty 30 with about 54% accuracy. I'm really ashamed of this but it's ok because I'm about 50-60 problems into Level Difficutly 40 and I'm already doing much better. Not to mention, my overall progress has been improving by major leaps! My Chess.com accounts are still around 1600 for both accounts but that's 0nly because I lost two games on timeouts due to vacation. One of my accounts is doing really well, I'm currently playing 4 players with ratings over 1800 and I'm winning all 4 games. One guy simply won't resign. We're down to an endgame and he has his king and a rook and I have my king, a rook, a knight, and two pawns. Oh well, I guess he just wants to be punished the hard way. \

I also played my second rated game last sunday(as in, the one before this last sunday). I won in beautiful fashion. My rating only went up to around 1000 though but it's fine, it's MUCH better than 793 if you ask me. I did, however, miss out on a tournament this last weekend while I was up in Colorado. It was the New Mexico Memorial/Senior tournament. It would have been my chance to really show these guys I'm not just a patzer.

Another great improvement is that last night before I made my way over to the theater to see Cloverfield(great movie btw!), I played about 4 standard games on FICS(G/60) and won all of them in a total of about 30 minutes. My rating went from 1664 to 1718. Pretty nice if you ask me.

As a side note, I'm deeply saddened of the news of Bobby Fisher passing away. In his later years he was obviously a little whacked but his chess playing will forever remain unsurpassed. He died at 64, which in my eyes was exactly the age he would have liked to die. RIP Robert James Fisher.
Posted by Sir Nemo at 8:35 AM

Congratulations for your second rated game! =]

Our game on chess.com it's pretty nice! It's cool to play with other knights!