Well I've been playing mini-tournament on GameKnot for the last month or so and finally managed to build up this beautiful position against a 1700+ player. The game was going pretty well for me until I missed an amazingly obvious opportunity to have a damn nice material advantage. Here is a pic of the position before I started throwing the towel in: 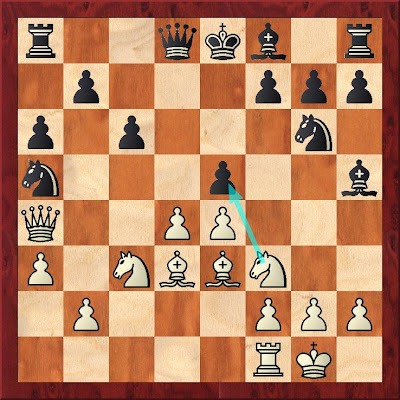 Now lets evaluate the position here for a minute. White's pieces are clearly far superior to their Black counterparts. The center is a battle in itself but I'm sure White stands better here. I felt so good about myself after reaching this position that I clearly stopped thinking 'tactically' and only thought about ways to improve my beautiful position. I could have EASILY turned my qualitative advantages into a nice quantitative advantage by the very simple 1) b4! and the poor Knight is lost. Instead of playing the piece-winning-move, I played 1) d5? in beautiful blunderific fashion.

I don't know about you, but once I blunder badly like this I begin to blunder over and over again. It really effects me emotionally. So several blunders later we came across this position: 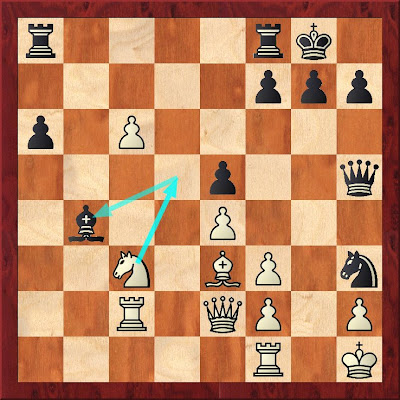 I still thought I was doing pretty good here, but usually that's when things go bad. I believe it's a curse; once I start to feel like I'm doing O.K., I blunder away material like as if it grows on trees ;]. I played the most beautiful move of the game right here.... can you guess it? Yes, I played 1) Rg1??.
This is my lesson on losing chess 101. Tune in next week for I am sure there'll be a 102 course ready by then.
Posted by Sir Nemo at 12:09 PM