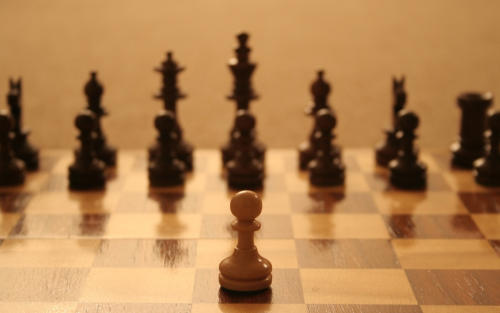 After my recent success at my last tournament and my continued success at internet slow chess, I've decided to post my goals and what I wish to achieve with chess.

First and foremost it needs to be said that chess is not just a game to me. It's a beautiful outlet and passion that keeps me wanting more and more. I've never had a passion for anything like I do with chess. My current profession is the second closest thing as far as passion is concerned, but it still doesn't compare to the thrill of a chess match....

That being said, let's lay out some facts:


With all of those factors in place, it seems 50/50 that I may ever reach an official rating of 2000+. I'm getting older everyday and my health isn't exactly all that great due to being overweight and I smoke a pack of cigs/day.

However, I have the determination and will-power to reach almost any realistic goal I set for myself. I have proven this to myself time and time again in the past and with chess I plan for nothing different but the same amount of success as I've had with my previous endeavors; poker, gaming, etc.

I know I can reach my full potential if I give it my all. There will always be nay-sayers and the like, but those are the ones who could not reach greatness so they must pass on their negativity to others in a 'similar' situation to make themselves feel better. I remember one older gentlemen in particular who told me 6 years ago that since I started playing chess at such an advanced age, it was unlikely that I would even reach 1400. At the time, he was rated 1650 and I beat him consistently at the local club. Granted, he always used the excuse that since the games were not rated that he wasn't really playing his A-game. This may or may not have been true... but I bring my A game to every OTB encounter I have. At least, I do now... as we all know, in the past I played two tournaments and went in overconfident in myself and wound up performing horribly. This is the new, mature version of myself and I'm here to prove to myself that I have what it takes to compete at a high-level in this beautifully complex game of ours.

My most recent tournament was a 'feeler' tournament for me. I was using it as a gauge to determine where I'm at and what I need to work on. I surprised myself when I had a performance rating of 1980 and managed to beat out tough opposition. I did not take this lightly though as I knew I made mistakes(we all do). I went over my games and gave myself hard criticism. I found that I was often making good and logical moves but I fall into the trap of not looking for a better move. I've been playing a lot of slow chess on FICS to train my mind to find good candidate moves but not play any of them until I've found the absolute best continuation. The ICS course and Dan Heisman's articles are a huge help with the thought process. Particularly when looking for threats, checks, and captures after every move by you or your opponent. That one simple rule is what helped me perform so well at the last tournament....

Since the May 26th tournament, I've been grinding and studying hard. I've completed the Month 1 material for the ICS course and will be going over the material over and over until the tournament on the 22nd of this month. I know Month 1 of the ICS course is just an introduction, but I feel it's necessary to have this stuff drilled in your head. I have also been working through CT-ART some more and have found that my tactical abilities are seriously lacking. Previously I talked about how I breezed through the Problems with difficulty 10 with a 100% success rate... but anything above difficulty 40 is giving me a run for my money. That's what 5 years of absence will do to the brain. As I've stated before. I plan to start the 7 circles yet again, on July 15th of this year. I will finish on November 3rd :]

Now we'll move on to my ultimate goals with chess. I plan utilizing my attention to chess study and play when I have the time to do so, which at the moment is quite extensive. Starting this week, I will also be attending the Denver Chess Club's weekly rated games... That adds 52 rated games a year! There is also tough opposition here including several masters so I know I'll get some good games in! With all of that being said, here are my long term goals:

I don't think these goals are unrealistic at all. That gives me 3 years time from right now to reach 2000. I think I am well within reach of that. I also feel 8 years is plenty of time to reach master level play if I give it my all.

Anyways, that's all for now! Till next time!

Sounds like you've got a plan, I look forward to seeing how things progress. And that Class B guy at the club sounds like a real winner (not). (I'm also Class B, so that is not a classist comment.)

One observation, before I started my own blog I looked around extensively at the chess improvement community (active and otherwise) and was struck by the very high rate of burnout/quitting related to the Seven Circles method. Something to consider.

ChessAdmin: cheers! Ill be sure to track my progress here on a regular basis :)

As far as burnout/quitting in regards to the 7 circles: I'm all too familiar with it. I've known many people who tried and failed but as I've stated before, I've done the circles once already years ago. I know what to expect and my fiancé is also aware of the time consumption. I think I can manage it again :)

So, I have been playing some chess on ICC, haven't played a tournament in a long time, but this post is fucking awesome. I will be in touch.

drunknknite: Man it's great to hear from you! You were my biggest motivator back in the day. Any way we can keep in touch on a regular basis? I have google chat, hit me up man!